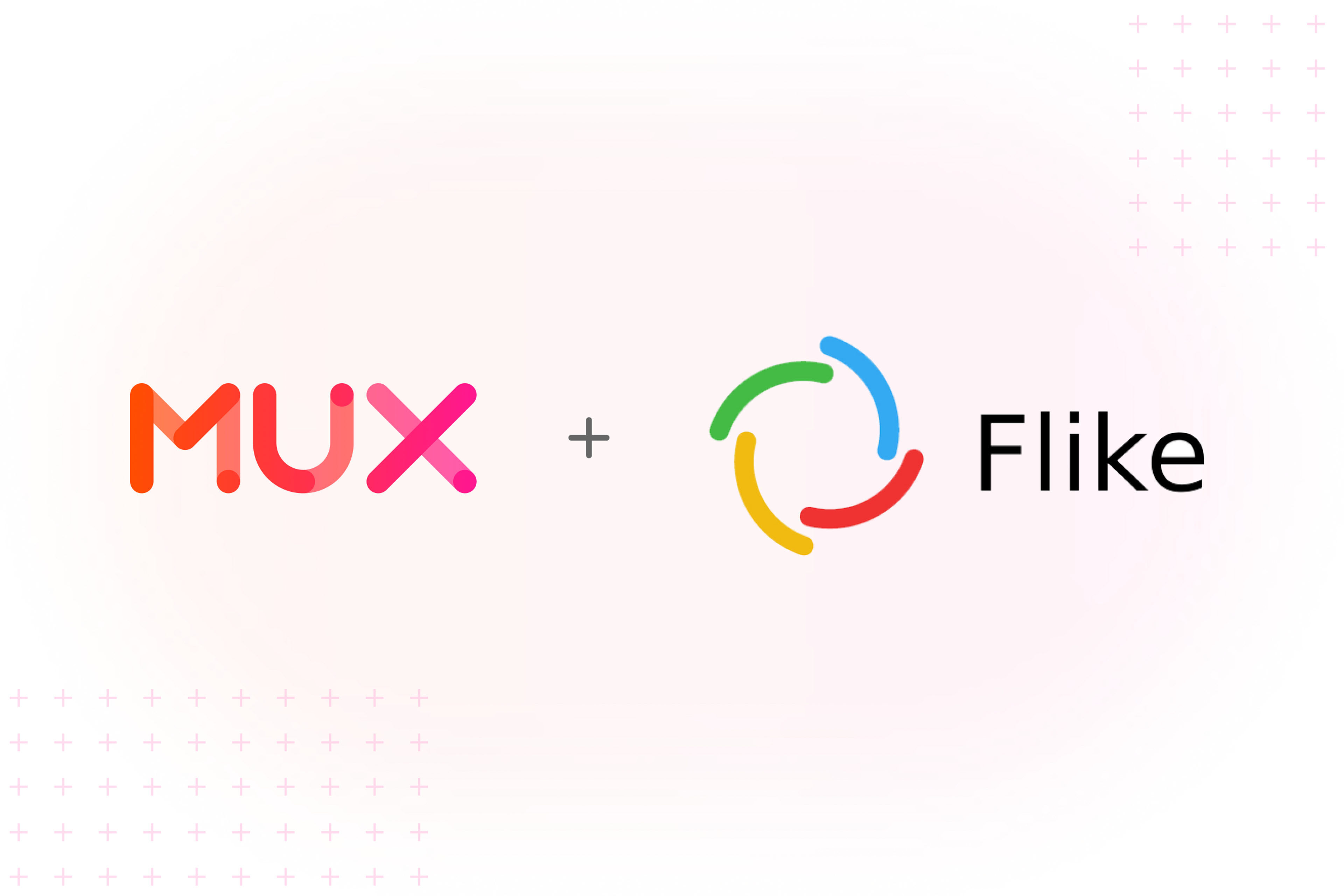 Build your own “Up Next”: recommendations in Mux Player powered by Flike and Mux Data

Build your own “Up Next”: recommendations in Mux Player powered by Flike and Mux Data

Mux is proud to partner with Flike, the AI-Powered Recommender API that leverages Mux Video to transcode and stream videos, Mux Player to provide an engaging “lean back” viewing experience, and Mux Data’s streaming exports of video views to inform the recommendations algorithm to surface the most engaging content for each viewer. As content creators, studios, and licensors continue to compete for eyeballs, connecting viewers to the content they find engaging is paramount. Flike learns and adapts to user behavior to help you bring the personalization experience that has previously only been accessible to companies like YouTube, Spotify, and Netflix.

Flike leverages video engagement information streamed instantaneously from Mux Data to classify user actions and intents as likes or dislikes. These data are used to train collaborative filtering-based algorithms, which will then recommend uniquely engaging content for each user in real time. Collaborative filtering classifies items that a user might like based on the behavior of similar users. It’s a simple yet effective way to recommend videos users will like by analyzing their engagement history, finding other users with similar engagement, and discovering their overlapping and nonoverlapping patterns. This system is built on the principle that people who evaluated items similarly in the past are likely to do so again in the future.

With the Flike + Mux partnership, we connect directly to your tech stack, allowing you to embed state-of-the-art personalization into your website or app in no time; you don’t need to spend months on data engineering, model training, and deployment difficulties inherent to most recommendations offerings. The only steps left to get the recommendations running at your site are:

Step 2: Create a real-time streaming data export to Flike from the Mux Dashboard

Step 3: Install the Flike plugin in your Mux Player instance

Flike will provide you with a customer ID and API credentials to connect your data and get recommendations tailored to your use case. Fill out this form (it’ll only take a minute), and your API key will land in your inbox on the same day.

Flike learns about video viewing behavior with a combination of in-player events and by analyzing engagement data received by Mux Data’s streaming exports. To get these data to Flike, you will set up a video view streaming export to Flike's Pub/Sub system, which starts the process of exporting all user interactions on your website to Flike in real time.

The Flike plugin hooks into Mux Player to automatically set up personalization behind the scenes. Once attached, the plugin pulls the viewer’s user ID from the player and auto-plays the next recommended video (if you want to enable that feature).

All you need to get started is to install the Flike plugin using npm i –save @flike/mux-player-plugin and add a few lines of code to the page where you want to display your Mux Player instance:

by John and Blair
Mux is proud to partner with Contentful, the API-first content platform, to help you create, manage, transcode, publish, and stream video content on any digital channel. If you are new to the Mux Cont ...
10/14/2022

by John and Harris
Why your brand needs videos outside of social platforms With the introduction of App Tracking Transparency in iOS 14.5, online brands now have a dramatically different relationship with social platfor ...
08/01/2022

by John, Blair, and Shamir
Content moderation and why it matters Last year we talked about (gasp!) the dirty little secret that no one talks about: you either die an MVP or live long enough to build a content moderation system. ...