One of our goals with Mux Data is to provide meaningful data about video performance at a quick glance, while also providing the ability to drill deep when needed.

We created the Viewer Experience Score when we launched Mux Data in 2016. The Viewer Experience Score is a single number that describes how satisfied users are with video streaming performance. This overall score is composed of four underlying scores, focusing on playback failures, rebuffering, startup time, and video quality, each of which describe how satisfied a user is with the underlying four elements of video performance.

Why scores are useful

Think of the inverted pyramid used in journalism. The headline of an article summarizes the entire story in just a few words. The first paragraph summarizes what's most important. By the middle of the article, you're in the finer details, and supporting/background material waits until the end. 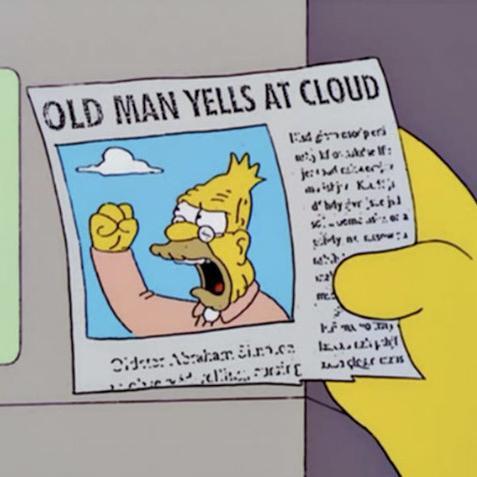 A Viewer Experience Score is like this. The headline is a single number that describes how happy your users are with system performance (e.g. 75). Dig deeper, and you find out why (e.g. 3.5% of users are seeing HTML5 playback failures, and these failures are concentrated on MP4 playback). At the bottom is every single view that was measured (a user in Toronto tried to watch video 19284, and saw an error after 30 seconds).

This system helps our customers focus on the actual experience of watching video (Quality of Experience), and not just the underlying service-level performance (Quality of Service). It's one thing to learn that you have rebuffer frequency of 0.34 events per minute. That's useful data, but it doesn't really tell you how happy your users are. It's better to have a layer on top that says how happy users are with the amount of rebuffering they're seeing.

This methodology generally worked well, but based on customer feedback and user research, it has some problems, and we think we can do better.

We're excited to announce that we have released a new version of our Viewer Experience Score.

The new methodology keeps many of the features of our earlier methodology. For example, it still focuses on viewer satisfaction and frustration, and still relies on the four dimensions of performance that make up overall experience.

Capture tradeoffs. We did pairwise research into how users experience tradeoffs in video performance - for example, would you rather have a little rebuffering and a lot of startup time, or a little startup time and a lot of rebuffering - and used that to plot abstract utility curves for each dimension. Look for another blog post on that later.

Extend the scale. Rather than assigning 0 points to the point at which a user first becomes "frustrated," we're assigning this point 50 points. This allows us to continue to score performance beyond the first point at which a viewer is frustrated. [tbd: Some scores will still reach 0 at a certain point (e.g. after x rebuffering, the score is 0), while others will get close to zero but never reach it (e.g. 30 seconds of startup time gets a score of 6)

Playback Success Score is fairly simple. A failure that ends playback is an 0, while a video that plays through without failure is 100. This is unchanged.

What's new is that we now give a score of 50 if a viewer exits before a video starts (EBVS).

Note that video quality is notoriously difficult to quantify, especially in a reference-free way (without comparing a video to a pristine master). Bitrate doesn't work, since the same bitrate may look excellent on one video and terrible on another.

Several factors contribute to actual video quality: bitrate, codec, content type, and the quality of the original source. However, if content is encoded well and at the right bitrates, upscaling tracks reasonably well to video quality.

The Tradeoff functions are based on research into the relative tradeoffs between increasing one metric at the expense of another. For example, you can increase Quality at the expense of Startup Time and vice versa. However, doing so would be a bad idea because Startup Time is more valuable than Quality. Generally, we found that Playback Success is the most important, followed by Smoothness then Startup Time, and finally Quality.

In a future post, data scientist Ben Dodson will talk more about the methodology we use to update our scores, including a more detailed description of the tradeoff functions. Look for that soon.

In the meantime, get in touch with any questions.