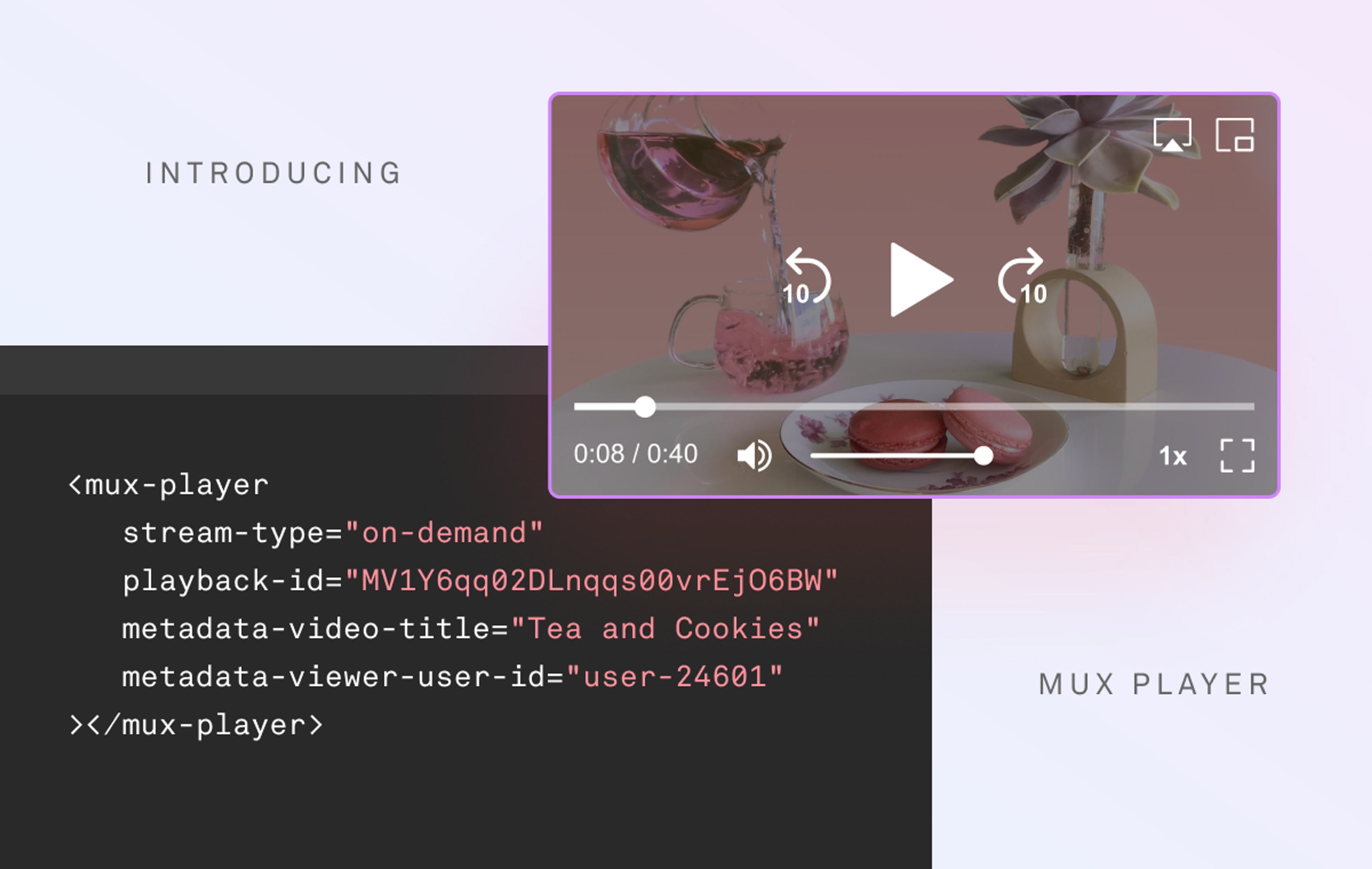 You knew it was coming, folks (or at least, we were not shy about it)! Mux Player is officially in Public Beta, ready to play your videos for everyone, everywhere.

We’ve spent the last seven months (my how time flies) building what we believe is a player that will change the game. You may recall Dylan’s excellent TMI talk (check the video below) and our TMI recap announcing the Public Alpha to set the stage for this moment. We’ve laid the groundwork, and now we’re ready for you.

TLDR; With one line of code, Mux Player gives you access to Mux Video and Mux Data (aka the entire Mux platform).

We aren’t playing games. We’re playing video. (I’m not sorry, I’ve had that pun sitting in my brain since January.)

We felt you deserved more, and with decades under our belts of combined video and video player experience, we knew we could build a modern, open source, and batteries-included player that would solve the problems developers face day in and day out.

When you’re spending weeks evaluating different video players because feature availability is unclear, and taking time to connect your video infrastructure services — that’s time you aren’t spending on shipping, gathering valuable user feedback, or seeing the success of your product.

Mux Player can be dropped into your web application with one line of code. We wanted to give you a video player that doesn’t take tons of time for you to try it out and see what it can do. Mux Player is fully integrated with Mux Data without any extra steps on your end.

So, copy and paste the code right from our docs, make a few customizations as needed, plop in your own playback ID if you’d like, et voila — Mux Player is ready.

Mux Player is an example implementation of a video player built with Media Chrome, and it’s open source, too: feel free to engage with us in the repo (and maybe even snoop on in-progress work), or even fork it to make it your own.

There are so many cool features to talk about when it comes to Mux Player, but we thought … why talk about it, when we could list out a bunch of bullet points that let you see what’s what and are easier to scan? So scan away:

We’re in Public Beta, which means you can now get your hands on it! You don’t need to do anything fancy to get access. If you have Mux Video, great! You’re good to go. Simply hit up the docs and get rolling. If you haven’t signed up yet, do so! Either way, all of the deets are in the docs, including links and info on how to submit feedback to the team.

We’re continuing development and adding more every day, and we’ll keep you posted on the latest. So check back frequently, and we’ll see you soon!