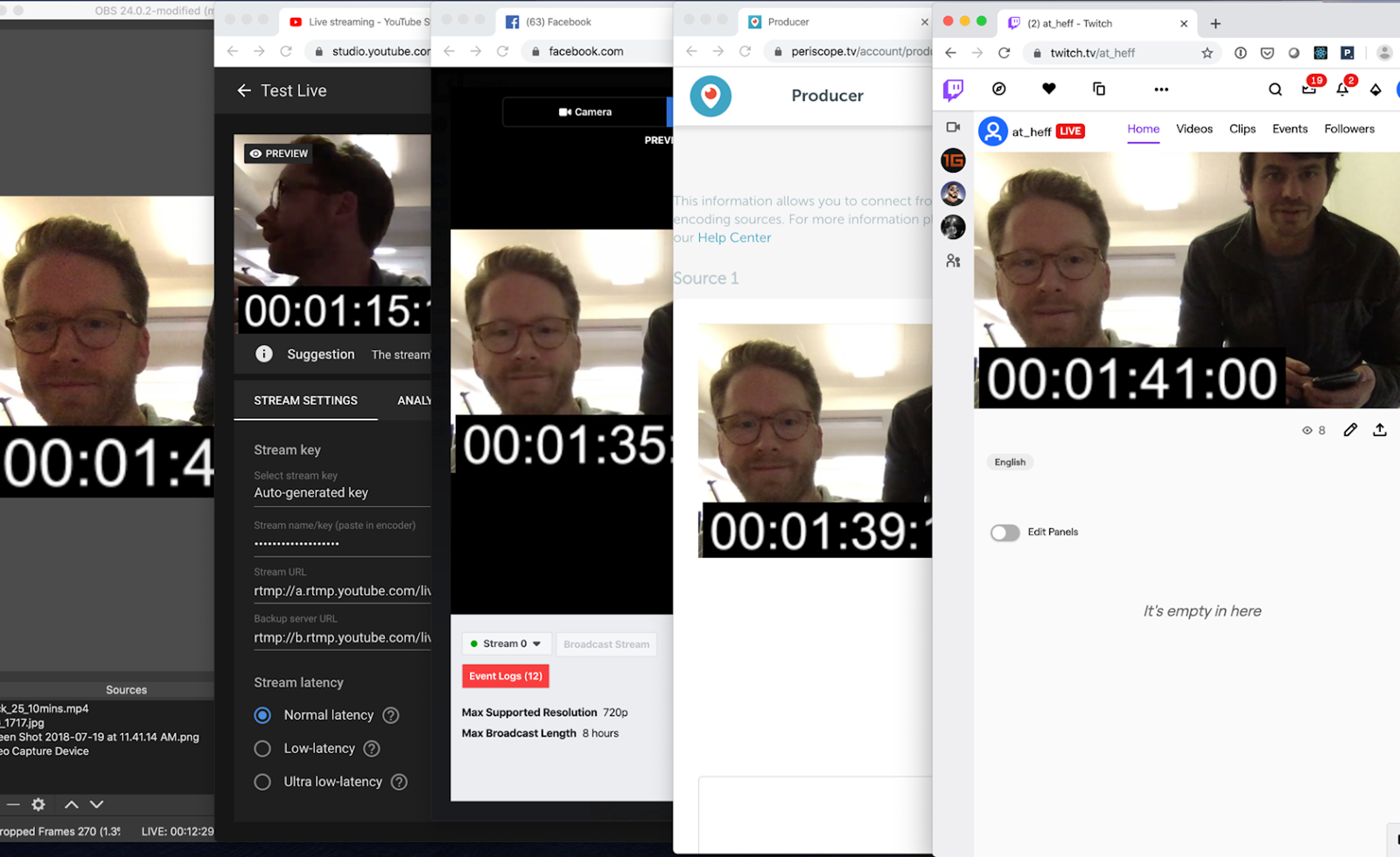 Seeing double? Let your users simulcast (aka restream) to any social platform

Seeing double? Let your users simulcast (aka restream) to any social platform

A common request from our Live Streaming API customers is the ability to forward a live stream on to social networks like Youtube, Facebook, Twitch, and Periscope. This process is usually referred to as Simulcasting or Restreaming, but it's also known as Live Syndication, Rebroadcasting, and RTMP Passthrough (it really depends on who you ask, but it should become obvious which name we like best).

Popular internet personalities use simulcasting to reach all of their loyal fans across social networks with a single stream. News organizations use it to publish a stream on their own website as well as their Facebook page. There's a handful possible uses of simulcasting but the goal is always to reach a wider audience.

The Mux Video API makes it easy for developers to build live streaming into their applications, and with the new Simulcasting feature developers can now let their users publish live streams on social platforms. Cool, right? Combine simulcasting with existing features like Persistent Stream Keys and Automatic Live Stream Recording and the API becomes pretty great for social sharing apps and other user-generated content.

Simulcast Targets can be used for any platform that supports the RTMP or RTMPS protocol, which includes, but isn't limited to:

Simulcasting has an added cost on top of live streaming, but like all of our pricing, you only pay for what you use. See the pricing page for details.

There's a limit of 6 simulcasts/restreams per live stream. Let us know if you have a use case that requires more.

Give Simulcast Targets a shot and let us know how you like it!