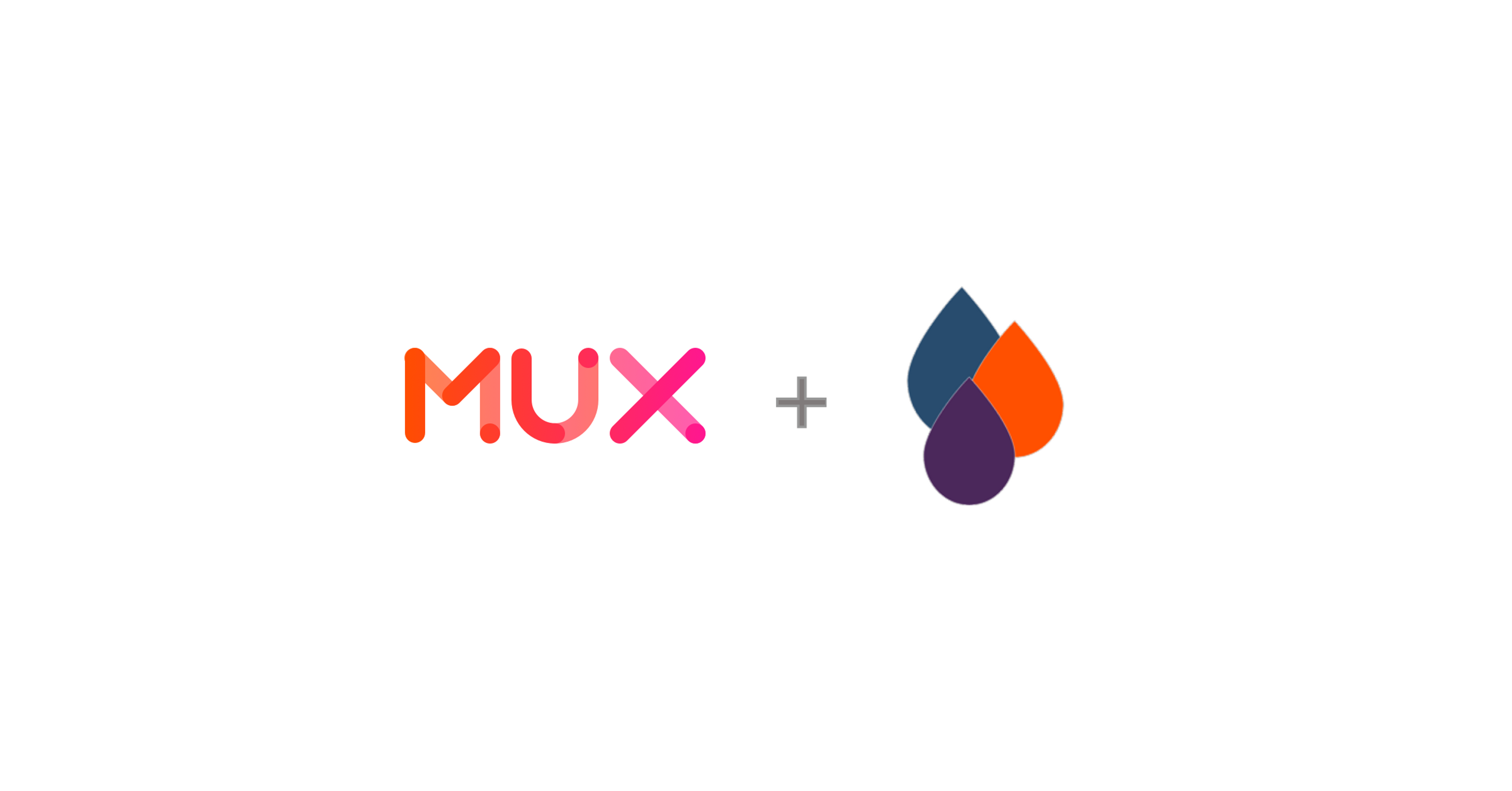 In case you missed it: the city of Aurora, CO had a power outage that affected the conference hotel on Wednesday night. That made for an interesting night. Other than that small hiccup, the venue was 💯. Big, beautiful setting, great food on site, fantastic hotel amenities and easy to get to.

We sent five people from Mux and we had a great time interacting with the Elixir community, talking to developers, and learning from all the great talks. It turns out a lot of you have a need for video in your Elixir-powered applications. We were pleasantly surprised about how many developers at ElixirConf this year not only knew all about Mux but have already used our APIs and were eager to ask about future features and roadmap. To everyone who stopped by our booth, you all are awesome! We can't thank you enough and if you are reading this, then we hope you came early enough to score a shirt. Both our pink pocket tees and our butter-soft grey branded tees were huge hits. And lastly, if you came to our happy hour on Thursday night, an extra thanks for hanging out after hours! THANK YOU!! 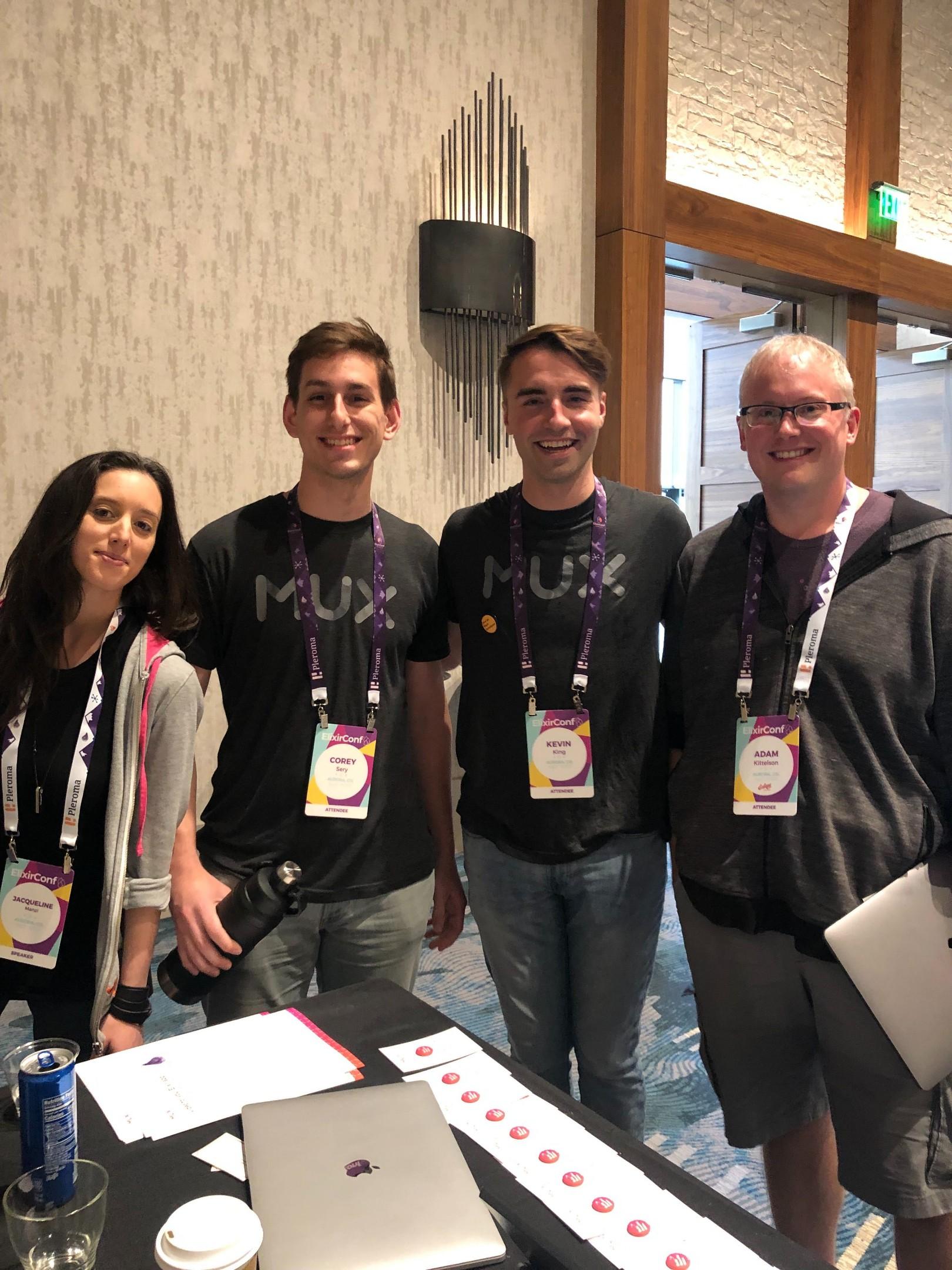 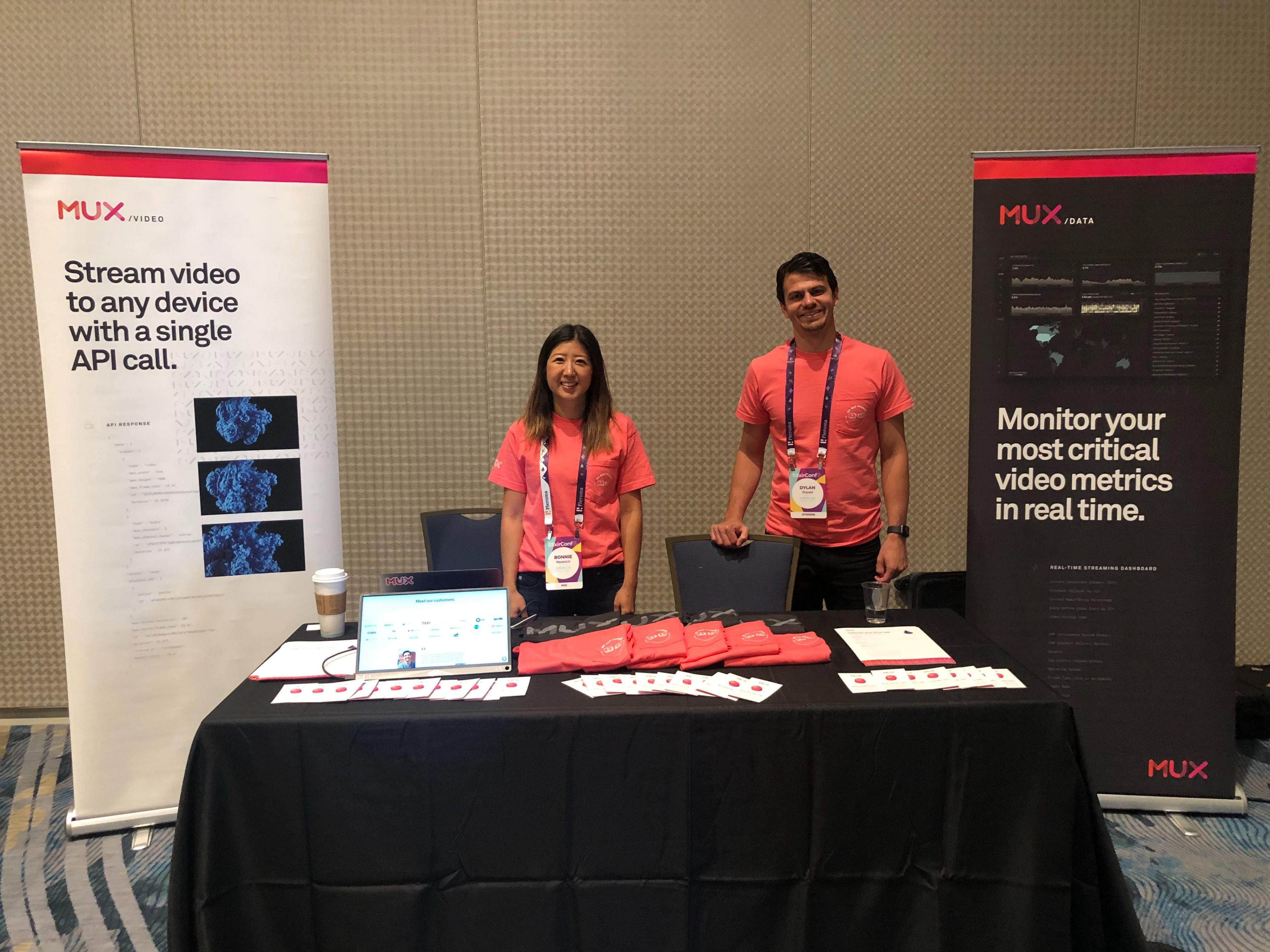 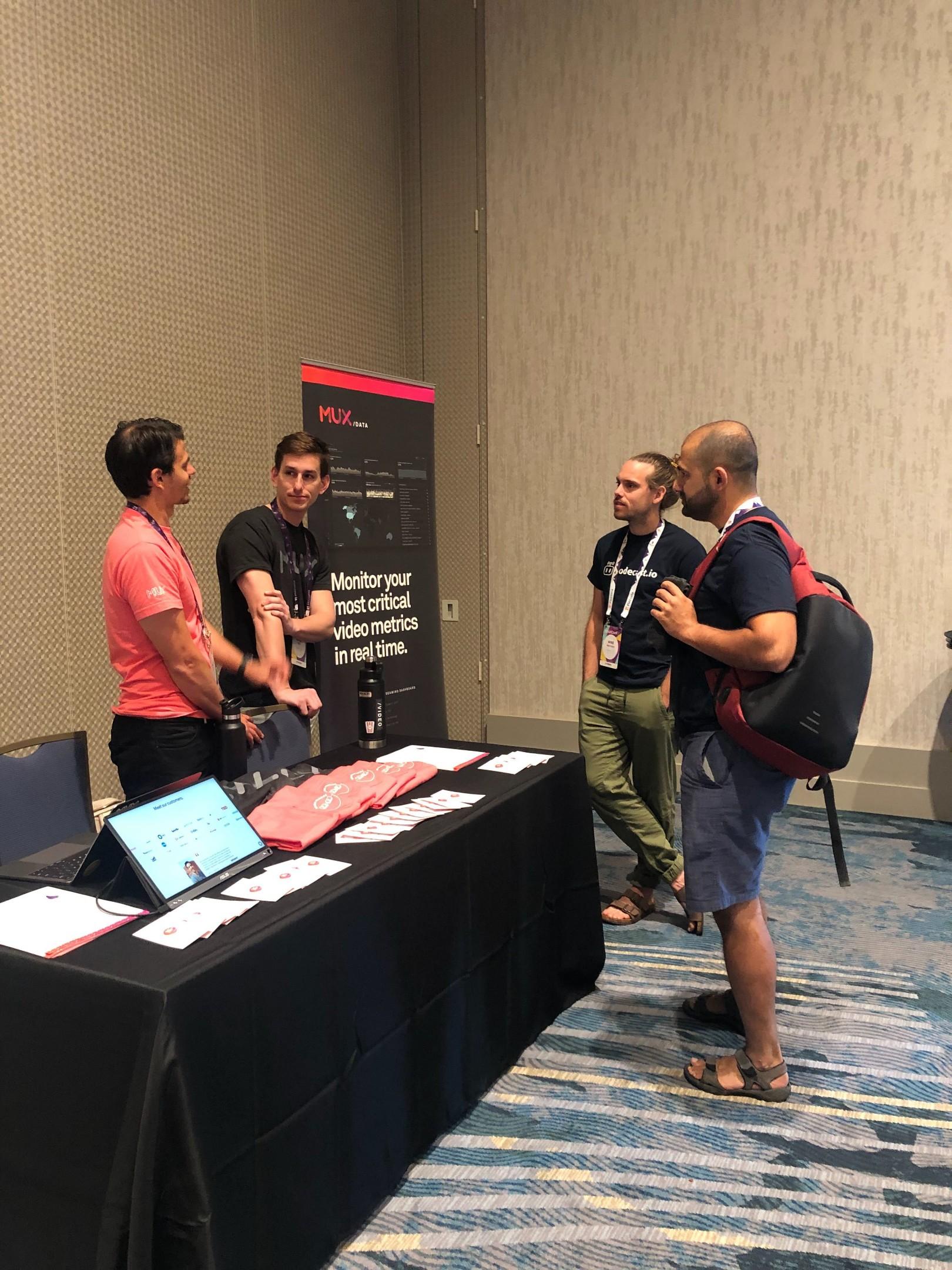 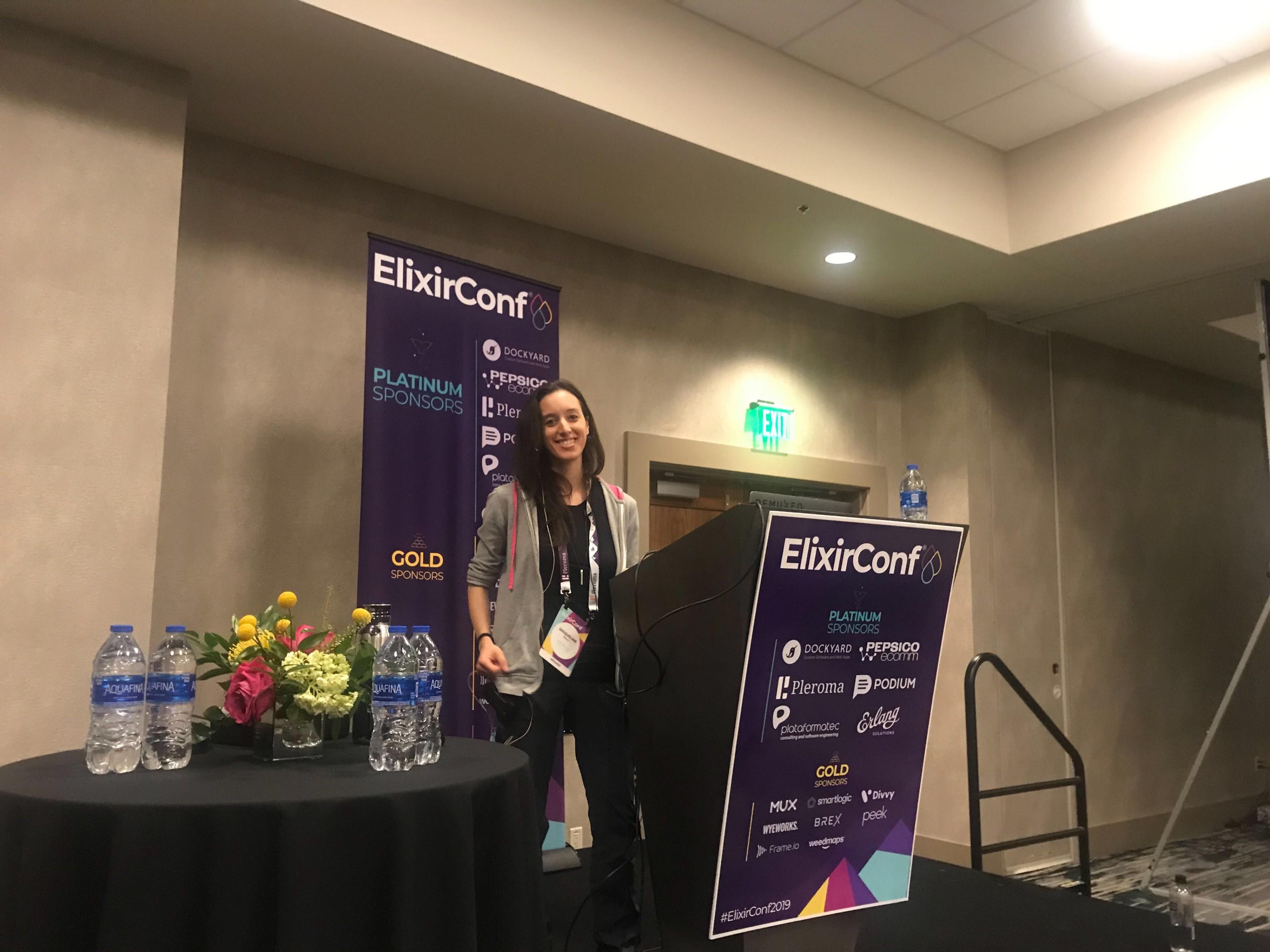 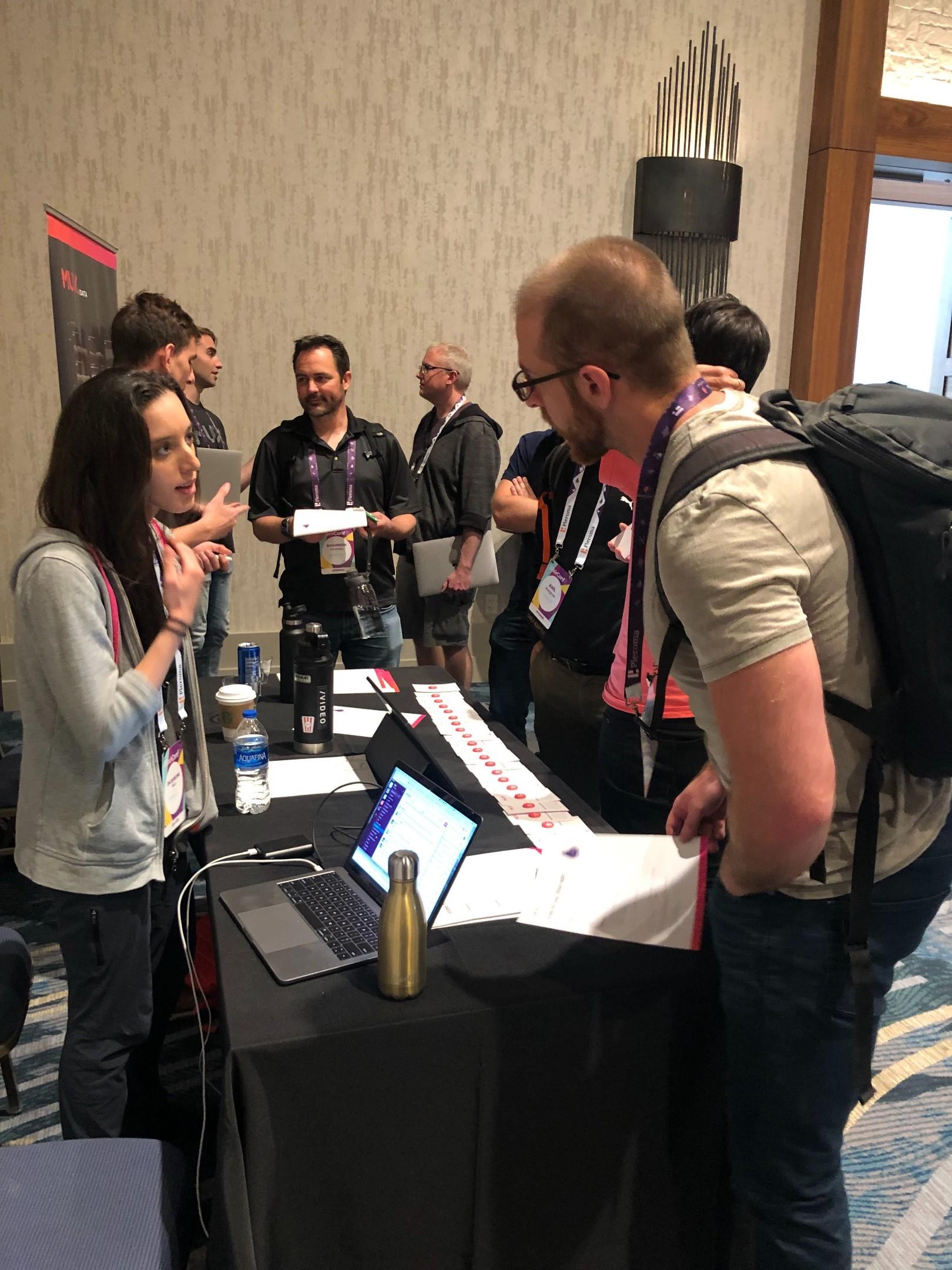 Now onto the recap. There were a few big themes that we saw this year.

Nerves: Elixir for the Internet of Things

If you didn’t hear about Nerves before ElixirConf, you definitely heard about it while you were there. It was a big theme with at least 3 talks and 3 trainings about the embedded software framework for Elixir. The tooling and hardware support is great and it has enabled developers to do all kinds of neat things with Nerves.

Our own Jacqui Manzi gave a great talk about how she used Nerves + Raspberry Pi to build a security camera. This is a must-watch if you want to build your first Nerves project. Jacqui walked through how she got started, what issues she ran into, and what she learned as she built a Raspberry Pi security camera that was able to send her an SMS and start live streaming to her phone when it detected motion.

The key takeaway from this: even though Nerves is new, it has a lot of interest and it is really approachable if you know Elixir. The Nerves channel in the Elixir Slack community is a great resource. The folks there are eager to help and they are welcoming to newbies who are trying out Nerves for the first time.

LiveView had a lot of buzz this year at ElixirConf. There were a few trainings and at least 4 talks about LiveView, including the final keynote from Chris McCord.

A year ago this felt more like an experiment, but now this framework has officially released 1.0 and it has matured to the point where people are using it in production. It was made clear in the keynote, LiveView is not a replacement for all single page applications, but depending on your use case, it is mature enough now that you can seriously consider using it to simplify the development of your application.

If you didn't catch this before, we made a LiveView demo app called Snitch. Check out the blog post and the app at https://snitch.world.

The Programming Phoenix 1.4 book is finalized. If you're getting into Phoenix for the first time, this is a great place to start!

José Valim, the creator of Elixir gave a keynote about the development of Elixir and where the language is headed. The main takeaways are that Elixir is not going to focus on new language features. Instead, the near term focus is on stability and extensibility. The philosophy is to keep the Elixir standard library small and build the core that enables developers to build features on top of it. The most exciting developments are features that come out of the community so Elixir wants to keep focusing on building a small, stable and extensible core that allows the community to build solutions on top of. There are no plans for a 2.0 major release that would require breaking backwards compatibility.

There was a keynote about Lumen. Lumen is the implementation for writing Elixir code that compiles to WebAssembly to be run in the browser. With the growing adoption around WebAssembly, it was no surprise that Elixir has an answer for this trend.

About 30% of the people we talked to were working on projects where the backend was mostly or entirely Elixir. The rest of the folks we talked to either started or wanted to start migrating their existing stack (usually Ruby) to Elixir.

It seems like there are a growing number of Elixir consultancies. We must have talked to about a dozen who came by our booth. If you're a consultancy and you have a client that needs video, Mux is probably a great fit for you! Since there is a growing number of companies switching to Elixir and relying on it for core production services, it makes sense that the market for hiring Elixir experts has grown. The community is still young enough that you can get access to the absolute top Elixir experts.

You can find us hanging out in these places with the rest of the Elixir Community:

Stay tuned and find us at The Big Elixir in New Orleans in November!

by Matthew McClure
We're doing the conference thing: The Mux Informational is coming to a screen near you for free on May 24. Here's why we're doing it, and why you should join.
06/30/2022 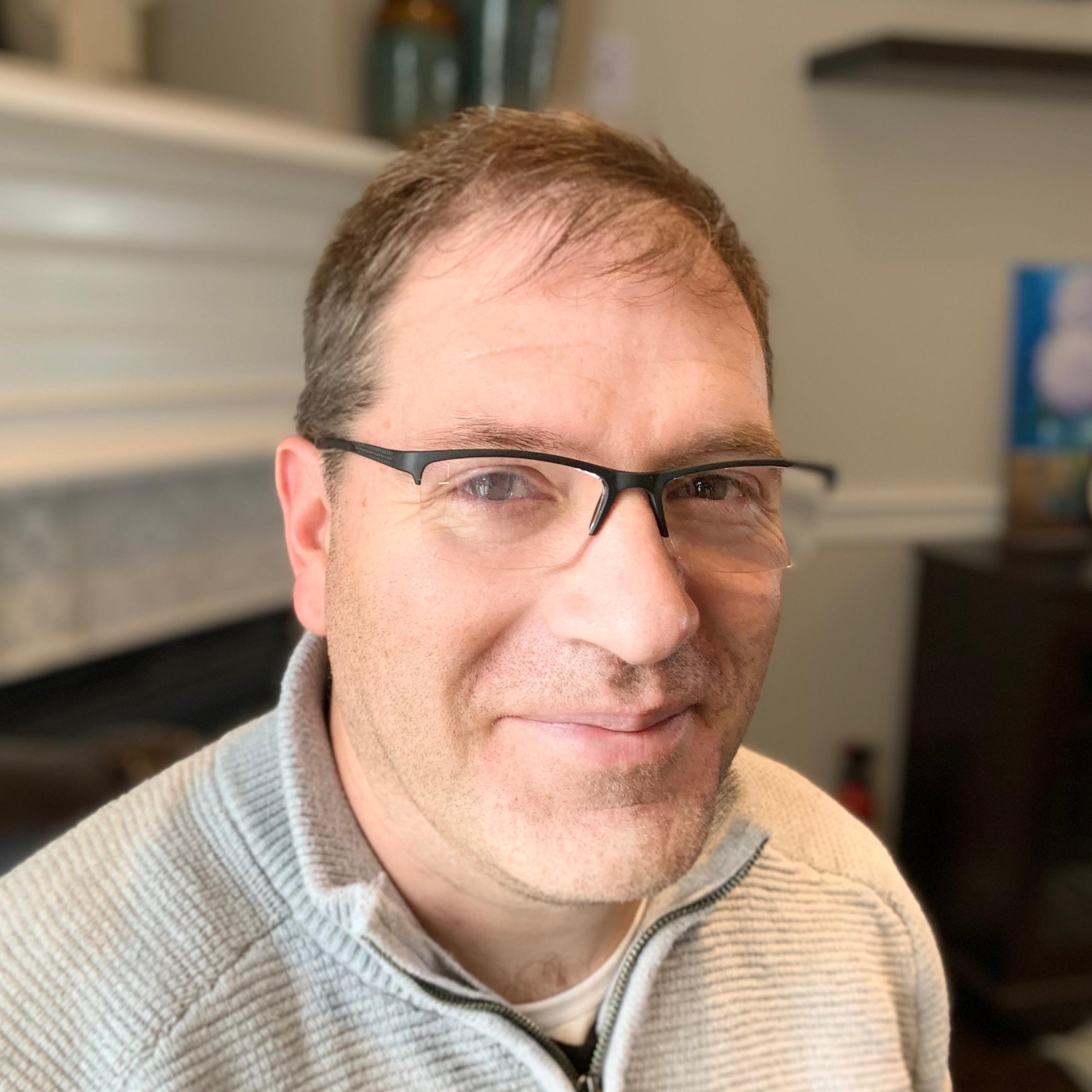 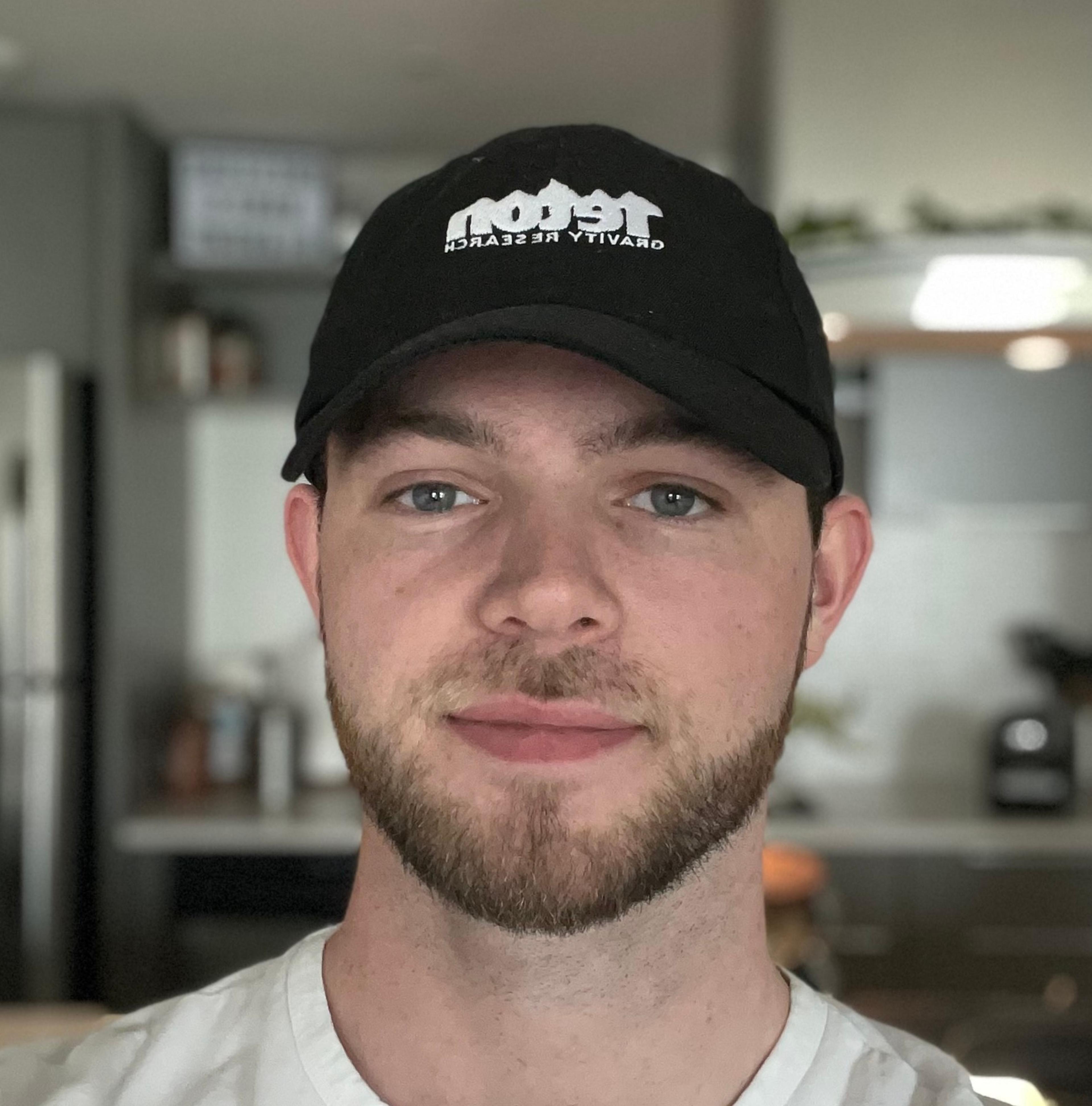 by Jared & Garrett
On May 24th of this year, we held our first customer conference — The Mux Informational, or TMI. Many of those who joined us online have asked how we produced and streamed such an amazing conference. ...
03/20/2020