In March 2017 we conducted a survey of 1,035 US consumers about their video streaming experience, when using a streaming service with their TV. Participants came from all 50 States of the USA and ranged between the ages of 18-44.

In this survey we wanted to explore how consumers felt about playback failures, buffering times, picture quality, and how quickly videos loaded, and see if they were frustrated or satisfied with the service they were receiving.

In this article we are going to offer analysis on some of the results we received. You can access the complete survey here.

Which Streaming services are being used?

As part of our survey we wanted to know what video streaming streaming services the consumers taking our survey used on their televisions, either through a Smart TV or via a device such as Roku, Chromecast or Amazon Fire stick. 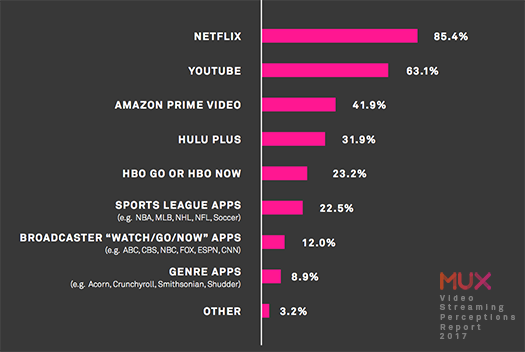 We can see that consumers surveyed are predominantly using Netflix, with Amazon Prime, Hulu and HBO being the next highest broadcast publishers. However, YouTube towers over those three in second place.

In addition to this we found that most users indicated that they used two streaming services with their TV (27.2%), with three services in second place at 23.9% and 19.1% of consumers sticking to one streaming service. 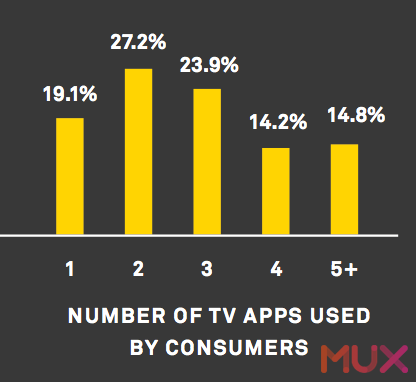 Who gets the blame?

We asked consumers who did they blame the most for four different key problems video streaming can face: Slow Load Times, Picture Quality, Rebuffering and Playback Failures.

Their choices for who they held responsible for the fault were: their Smart TV, the App publisher, their Internet Service Provider, their home Wi-Fi network, or none of these options. 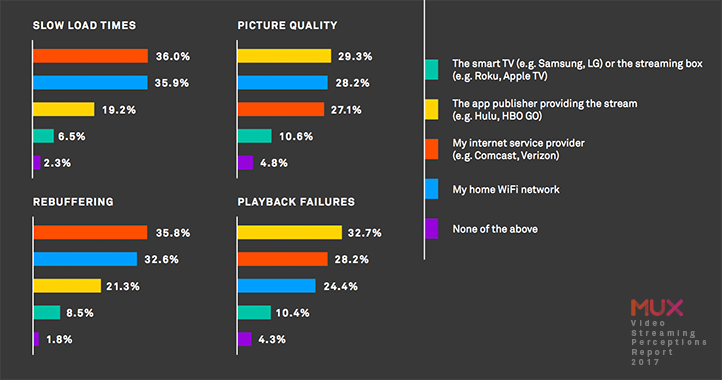 From the results we can see that for Slow Load Times and Rebuffering consumers mostly blamed their ISP (36% and 35.8% respectively) and then their Wi-Fi network (35.9% and 32.6%), however the difference between these results is a very fine line.

However, when it comes to Picture Quality and Playback Failures, users mostly blame their video app publisher (29.3% and 32.7% respectively).

Going deeper, we notice that in Picture Quality, the second most blamed cause is the home WiFi connection, but in Playback Failures the second spot is taken up by the ISP, both at 28.2%.

It is also worth noting that the Smart TV itself is very rarely blamed for streaming video problems at all.

From this we can gather that users blame their ISP and WiFI the most for slow load times and rebuffering, and the video app publisher for poor picture quality and playback failures. So, if you have your own video app, you might want to target those two areas first.

If you would try Mux’s powerful analytics that can help you improve your video delivery pipeline, you can sign up for a free trial.

by Phil Cluff
Author’s note: Since we last talked about this, Apple has started referring to their specification as LL-HLS, rather than the ALHLS term we coined. We’ll call it LL-HLS from now on. Last year Apple an ...
06/27/2017